Firebee Dispatch #10: Maybe the internet raised us, or maybe people are jerks

Yet another week of a late dispatch with the firebees.

Things like that happened a few more times before a clear picture emerged: white men run the internet, white men run technology, and whatever place you imagine your work has earned you in either, white men can snap their fingers and take it away.

The women who inspire me are those who’ve taken the frightening step of lessening their culpability by decreasing their participation. While it’s courageous to remain in tech/on the internet and try to make it a better place, you can’t get around the compromise in doing so.

No, the important difference seems to be the guns. But guns have become the elephant in the room that nobody talks about. Even asking about access to guns seems unAmerican these days.

We must not just recruit women and minorities into our industry, they must be treated fairly once they are here.

Meritocracy is a myth. And our belief in it is holding back the tech industry from getting better.

The intent to be meritocratic is not a myth, but we know what road is paved with good intentions.

So before you lament how terrible it is to ‘let them win’ by being silent, please stop and think of a better way to phrase “I want to live in a world where the victims of abuse campaigns have a winning move.” Don’t ask women to sacrifice their names, careers, and safety to the fantasy that life is fair.

Telling women to be brave and speak up is telling them to face a violent horde unarmed. This Week in Racism and Sexism

I have seen several images of white people putting together Ray Rice Halloween costumes, often including blackface and dragging a doll as a standin for his wife.

If you do this, you are a bad person and you should feel bad.

This Week in Sexism in Tech

A few weeks ago, a startup founder showed up in the lobby of The Chronicle after hours. He told me I hadn’t responded to his e-mails. And he wanted to get my attention.

He delivered his pitch, along with a wicker basket filled with sexually suggestive gifts: the sex toy, a tube of K-Y Jelly, raw oysters and Tequila.

You read that right. A startup founder showed up at a female tech journalist’s workplace with a basket filled with sexually suggestive items. What. The. Fuck. How do people with this level of terrible judgement keep getting money to run startups?

P.S. I tried to google more info about his startup, but they named the thing “Need” making it pretty difficult to google. Good job, dude.

Misogyny is a tech industry institution that has yet to be disrupted.

I have been looking forward to seeing this film for a while. I really enjoyed it and highly recommend others go see it.

Quick description for those who aren’t familiar --- it’s a thoughtful and witty take on racism on college campuses in a supposedly “post-racial” world.

I am not the best person to write a review, so I’ll just share a few bullet points.

I continue to work on Gilmore Girls. I am a little bit into season 3 now. The random comments continue. They include some spoilers.

I am working on a few more entries for the Life and Times of a Tech Feminist Killjoy series. Stay tuned.

I am considering doing a series about some of my favorite childhood books. I would revisit each one and then do a writeup about how it holds up as an adult and what I remember from my childhood. Would this interest you? My current shortlist is below. I still own my childhood copies of most of these.

I help out with socializing the cats at one of the local animal rescues. This week I took some really cute pictures. 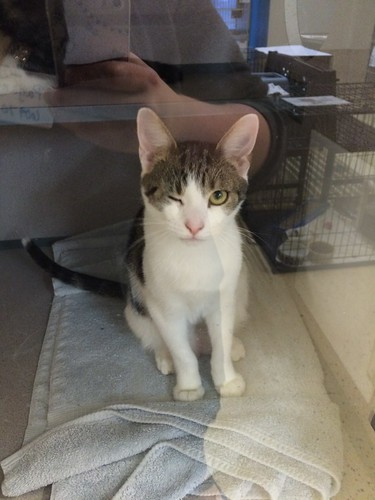