Firebee Dispatch #12: We are all just dead air

I made it to a dozen dispatches! Let’s see how longer I can keep this up.

You come against a system when you point out a system. When there is a system those who benefit from the system do not want to recognise that system. You might be heard as dismissive as if you are explaining away their personal achievements. They might not recognise the walls, because to recognise the walls would also expose how an upward trajectory is not simply a matter of volition but is dependent on being supported and enabled; dependent on the uneven distribution of support.

And I call upon white men not to keep reproducing white men; not to accept history as a good enough reason for your own reproduction.

It takes conscious willed and willful effort not to reproduce an inheritance.

Anti-abortion measures pose a risk to all pregnant women, including those who want to be pregnant.

Such laws are increasingly being used as the basis for arresting women who have no intention of ending a pregnancy and for preventing women from making their own decisions about how they will give birth.

San Francisco as we know it is dying and the closing of the Lex is nothing but the most recent warning sign that the city is being consumed by wealthy white heterosexual culture.

San Francisco’s LGBT homelessness problem is driven by two distinct but interrelated phenomenon: First, queer people drawn to San Francisco because of its progressive reputation find themselves unable to afford shelter when they arrive and second, queer people who already live in the city are being evicted as rent and home prices soar.

As subcultures, countercultures, and just plain culture are drained from the City, San Francisco is becoming a high-tech dystopian playground for rich white people.

While early techno-utopians envisioned “cyberspace” as a place where Internet users could invent new selves, liberated from oppressive real-world constraints, Internet discourse routinely, and forcefully, transports women back into their offline bodies.

In the end, an Internet built by Dads, for Dads, sells most of us short. The stereotypical Dad, insulated from divergent perspectives, lacks the necessary understanding of how social problems and power inequities persist—and how these problems get amplified in a networked society.

I used to be a huge film nerd, but the soul-sucking tech community destroyed that for a few years. Thankfully, my excitement about movies is starting to come back. I am hoping to try my hand at writing more about film in the future. Stay tuned!

I watched this over the weekend. I am planning to do a standalone review, so keep an eye out for that some time soon.

I just finished season 3. As usual, silly bullet points and there may be spoilers.

I continue to be bored with Scandal this season. I hate Fitz more than ever before (and there was a lot of hate previously). He’s so fucking gross. Can they just kill him and somehow make Mellie president? That’s a show I want to watch. 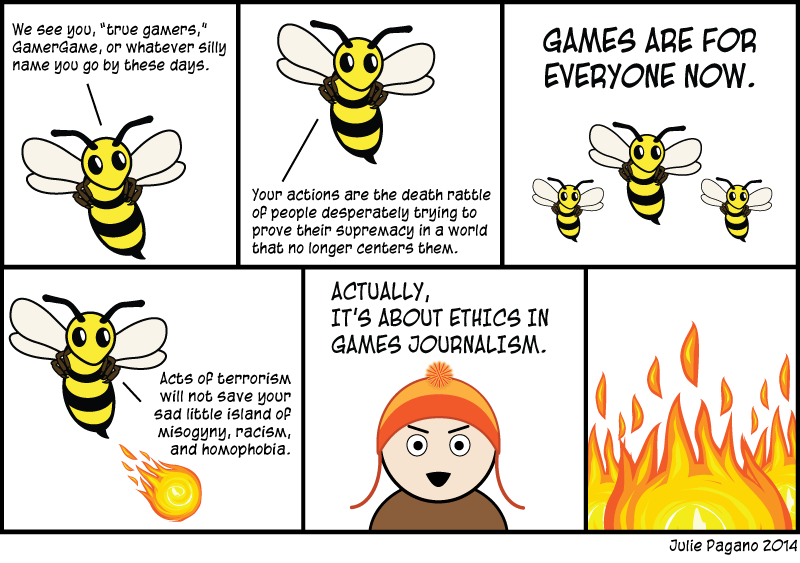 Welcome to the section of the dispatch where I tell you about what I’ve been cooking. I am not an experienced cook, and I just started really cooking again after a long dry spell. I suspect some of my readers are equally inexperienced, so hopefully this will help you.

I need to get a better lit location to take pictures of the food. Sorry these look a little drab.

I was in the mood for ramen and needed to use up some smoked salmon, so I decided to combine the two. It was a little different, but tasted good to me.

One of my friends mentioned it looks a little bit like sushi ramen. I may try to add some nori strips next time to better fit that name.

I don’t really have a recipe here. I just wanted to share how delicious this is. Syrup is a little too sugary and sticky for me sometimes, so I made waffles and topped them with warmed homemade applesauce. It is delicious, and I highly recommend it.

See dispatch #9 for my homemade applesauce recipe. I used waffle mix, so nothing special there.

I present you with pictures of my cats in both upright and curled positions.